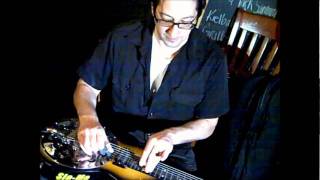 From Night One, November 4th, 2015 @ Ferg's John Stewart's "Spirit of the Road” and my own "Sugar Ditch" When most people hear the name John (sic) Stewart, they think of the comedian. He's great, of course. But when I hear the name John Stewart, I think of the one time member of the Kingston Trio who went on to an amazing -- but largely overlooked -- solo career. Johnny Stew is probably best known for writing "Daydream Believer" (which earned him, in his own words, plenty of

I could write about how under-recognized Steve was. It's true. But, honestly, I'm not sure he gave a damn. I heard Steve once jokingly refer to his friend and fellow songwriter Richard Dobson as "more obscure than I am!" Steve Young was after something much bigger than fame: Truth, Beauty, Spirit, the Great Mystery ... or "It" as Dean Moriarty and even Rabbit Angstrom might say. I cannot think of another performer in the popular music idiom who captured "it" like Stev 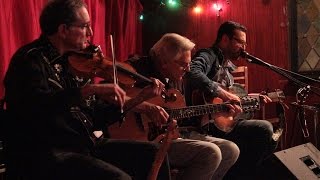 Several years ago when I began planning my No 2 Unalike shows, I realized that there were a few songs that I needed some help with i.e. my rudimentary guitar skills just weren't up to the task of figuring out credible arrangements for these tunes. I was delighted to learn that the legendary guitarist Richard Drueding not only lived in my neighborhood but that he was offering guitar lessons. I contacted him and, to my further delight, he was willing to tab out the songs in

John Train: "Where Were We (for John Prine)"